The Bird Knew Too Much 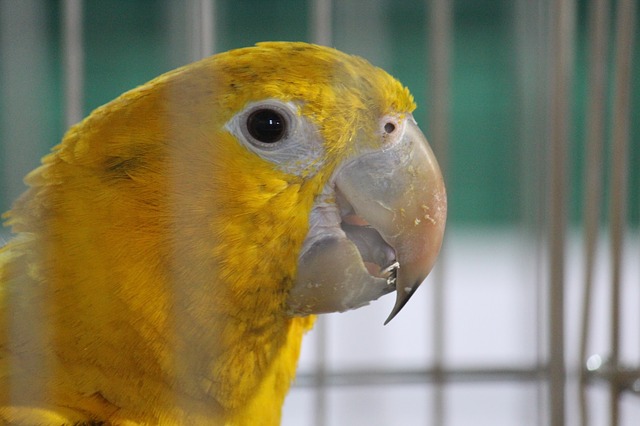 Simon Sanders, retired, invited in his young colleague, turned down a Miles Davis LP playing on an antiquated stereo, and limped to his chair where a Tiffany-style lamp on a small table lit the New York Times he’d been reading. Quaint. Pipeweed steeped the study in an acrid perfume.

“I’m listening, Detective.” Simon settled back in his easy chair.

Willett cleared his throat and opened his phone’s notepad. “Yes, Sir. The deceased was Dolly Quigley, thirty-five, married to Dr. Harley Quigley, a biochemist at the Cancer Institute. When the sister couldn’t rouse Dolly on her cell, she drove by, found the front door unlocked, but couldn’t get in the bedroom suite.”

The old man made a noise in his throat, reached under his cardigan, and withdrew a pipe.

Willett continued. “She called police, who broke the door and found the deceased in the shower. The curtain was torn down, and water had sprayed on the tile floor. A line of water drops led from the pool and trailed off. The bedroom windows were closed and bolted from the inside. The sister identified clothes in a suitcase on the bed as Dolly’s. A parrot in a closed birdcage on the dresser was also dead.”

“The medical examiner attributed red marks on the deceased’s body to the fall in the shower. COD was pulmonary edema triggered by heart failure. TOD was nine a.m.”

“Heart attack? Why are you here, Detective Willett?”

Simon chortled. “You think someone killed the parrot to silence a witness?”

“There’s more,” Willett said. “Her phone showed numerous calls to Mr. Curt Race the day before and that morning. A single call to her husband at work last evening lasted forty-five minutes. Mr. Race admitted to an affair with the deceased.”

Willett swiped a page on his phone. “Confirmed. Quigley at the Institute; the boyfriend, Race, working at his accounting firm. The sister was dropping her kid at school and seen by a teacher. Both Quigley and the sister say they knew nothing of the affair with Race.”

“Hmph.” Simon waved a finger toward a liquor cabinet across the room where bottles gleamed with amber liquids. “Scotch, Detective?”

Willett strode to the cabinet and turned a sparkling whiskey glass upright. He splashed an inch of single-malt for his elderly mentor.

“Show me your photos.” Simon knocked his bowl clean and put aside the pipe.

Willett delivered the Scotch into the man’s gnarled hand and set the stack of glossies on the table at Simon’s elbow, who pushed aside his newspaper and began turning the photos at various angles.

“Not to our knowledge. How did you know?”

“You said the birdcage and windows were closed.”

“Maybe she let the parrot out sometimes.”

Simon looked up. “Did you find bird droppings?”

“What does Quigley do at the Institute?”

Willett swiped through his notes. “He runs a research lab. He’s developing a drug to cure brain cancer.”

Simon smacked his lips. “Ah, brain cancer, is it? Saving lives while he takes his wife’s…”

“You do think it was murder?”

“We let the jury decide, but I can tell you how he did it.”

“I was sure you’d say she died of heart failure.”

“Pfft. Even ignoring the bird that tipped you off, the affair is too much motive to ignore.”

“She had stopped hiding calls to the boyfriend and was packed to leave her husband. Quigley lied. He knew about her affair. Dolly told him last night during that single phone call.”

“Quigley has an alibi.”

“Murder by proxy. You say he’s developing a cancer drug. You’ll find his lab is licensed to import an exotic animal, the deathstalker scorpion.” Simon picked up a photo of the dead woman and pointed to a red mark below her ankle. “All the marks are linear where she struck the edges of the shower except for this round swelling.”

He flipped through photos and jabbed at two. “Here’s the trail as the scorpion crawled from the water. Here are its tracks in the dust on the dresser.” The old man picked up the photo of the birdcage. “These bars indicate the murderer’s size. Deathstalkers are about four inches long, flat-bodied, and extremely aggressive. After her mistress, the bird was stung.”

Simon tapped his newspaper with a crooked finger. “Clinical trials started in 2015. You’ve got to keep up on the news, Detective. Have your examiner check for chlorotoxin in Dolly’s blood and in the bird’s. It’ll be the same compound Quigley uses in his research. After learning about the affair, he brought the scorpion home from his lab. Before leaving this morning, he planted it in the shower, where the woman disturbed it, provoking the attack.”

Simon sat back, sipped more whiskey, and nodded toward Willett’s phone. “Might want to get on that device and tell any officers still in the house to watch their step.”

“And call an exterminator.”

The Meta-Story:  I won first place in a flash fiction mystery contest with this piece.  The limit was 1000 words.  Mine was 934.  How I fit a locked-room mystery into 1000 words, I’ll never know.  I doubt I could do it again.  I hope you enjoy it.

8 thoughts on “The Bird Knew Too Much”